Tottenham have confirmed that Villarreal have exercised their option to sign Juan Foyth on a permanent basis.

The Argentina defender moved to Spain in October 2020 immediately after signing a new deal to keep him at Spurs until 2023.

Foyth went on to make 32 appearances in total for the La Liga side last season, including appearing in their Europa League final win against Manchester United.

Transfer Centre LIVE! Who will act early in window?

Initially featuring as a holding midfielder, Foyth reverted to right-back after the arrival of another former Tottenham player Etienne Capoue from Watford in December.

The 23-year-old joined Spurs in August 2017 from Estudiantes and in total on made 32 appearances, scoring once, for the Premier League side. 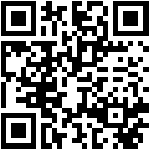