The Vibes
The Vibes

VALENCE – A court yesterday sentenced to four months in prison a man who slapped President Emmanuel Macron across the face after being angered by what he said was the French leader’s “friendly and mendacious” look.

Damien Tarel, a 28-year-old mediaeval history enthusiast, was handed a prison term of 18 months, 14 of which were suspended, after slapping Macron on Tuesday.

He has been in custody since the assault, which a prosecutor at the hearing called “absolutely unacceptable” and “an act of deliberate violence”.

Tarel was placed under arrest following the verdict from the court in the southern city of Valence and will spend the night in jail as he begins his sentence.

In its verdict, the court followed a recommendation from prosecutors for an 18-month sentence, but said he should serve only four, after a fast-track hearing.

•
17 hours ago
Just give him a caution is enough no need jail term
Aaron Dominic
•
1 day ago
Many ministers and ex ministers in Malaysia wud deserve 2 tight slaps. My list might get too long.
Philip Reynold
•
1 day ago
If in malaysia wont get jail so fast.
rwy7rbd2pp
•
2 days ago
National Hero 😜
2
Paul Lam
•
2 days ago
Bolt nut nut n racistboris b slapped mor times.... in givin 2 frogs to fish in brits waters ..... ????
How to Install Newswav
1. Scan the QR code below
1. Tap this button 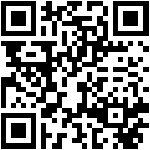