The slap heard around the world.

It's been more than a year into the COVID-19 pandemic, and most Malaysians have eased into the new norm of wearing a mask, scanning the MySejahtera QR code, and having their temperature checked before entering a premise. However, there's still a handful of people who refuse to abide by the rules.

A video that recently surfaced online showed a confrontation that involved a customer and a security guard at a Tesco outlet at Kota Bahru on Monday (June 7).

The incident, filmed by TikTok user ,@ashhpopo, started off with the security guard being helped to his feet by a few staff members.

R Ace
•
2 days ago
The hooligan must be caught and punish !
6
Johnny Loh
•
2 days ago
Tesco must sue tis kurang ajar ,if don't Tesco is allowing outsiders to wallop it's staffs,
8
Alan Tang
•
2 days ago
Tangkap masuk lockup baru tahu Siapa pengsan!!!
8
•
2 days ago
Circulate his photo to all shops and ban him not only from Tesco. Hopefully security guard will press charges. On another note when I worked at Tesco we had big security guards and that just would not have happened….
8
mike gan
•
2 days ago
Kill him....his arrogant negligent stupidity ignorant indirectly killing many peoples....as simple as that
5
How to Install Newswav
1. Scan the QR code below
1. Tap this button 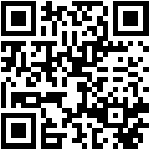