Palace meetings leave Malaysians with a heavy dose of fake news, and humour too MalaysiaNow
MalaysiaNow goes behind the headlines to bring you news, views and insights into the nation's biggest stories, breaking things down for you here and now.

Dozens of doctored images and documents have been making the rounds on social media, giving Malaysians yet another dose of “news” on the “impending collapse of the government” in the wake of a series of royal audiences granted to opposition politicians by Istana Negara this week.

From fake press statements claiming the withdrawal of support by ruling parties for Prime Minister Muhyiddin Yassin to posters featuring pictures of a “new” Cabinet line-up, the bulk of material has been circulating on WhatsApp.

Much of it is premised on sarcasm and humour, a familiar take on current issues in the country.

This time, the psy-war has been kicked up a notch with politicians’ speeches turned into deprecating clips as a cloud of speculation continues to hover over the timing of the audiences, with the national vaccination drive gaining momentum in the push t

alex sum
•
10 hours ago
Politik Kartun di Malusia paling bagus menikmat !!!!! 👏👏👏👍👌🤣🤣🤣
•
1 day ago
I hate those bloggers who creates fake news. I 200% support the police to catch them and put them in jail. We have enough nonsense in this country
Simon Lee
•
2 days ago
As expected, Malaysia Now is a page by RPK. Rubbishing all fake news except from RPK 🤣
3
Tam Lim
•
2 days ago
This is a very simple predicament that can be dealt with easily. All the palace needs to do is to announce what transpired and leave no room for speculations and so on
7
How to Install Newswav
1. Scan the QR code below
1. Tap this button 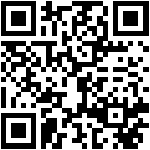