The Vibes
The Vibes

MIRI – Eight more fatalities were recorded in Sarawak today, along with four new outbreak-clusters and 699 new infections as the Covid-19 crisis persists in this vast state.

“The eight confirmed fatalities brought the coronavirus death tally in the state to 342,” the state Disaster Management Committee secretariat said today, and extended its condolences to the families of the deceased.

Sarawak also saw 699 new infections, with Kuching district continuing to register a high of 205 cases, followed by Sibu with 79, Bintulu with 72, Tatau with 71, Song with 41, Kapit with 31, Miri with 27, and numerous districts with 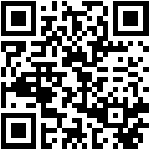