WORLD OF BUZZ
WORLD OF BUZZ is the #1 social news site in Malaysia that delivers you the best in latest and trending news from politics, entertainment, life, and more.

The post “I’m also a career woman” Professor Apologises, Says Viral Video Was Taken Out Of Context appeared first on WORLD OF BUZZ.

On 9 June, a Malaysian professor went viral for all the wrong reasons when she stated her opinion on why some women get married late. In the video, the professor said that women should always appreciate the strength of men as a leader no matter their flaws.

She also added that men like vulnerable, soft-spoken women who have “high estrogen” levels, thus women should act a little dumb for him. The professor has been on the receiving end of many hate comments and she decided to post an apology on her Facebook page. She clarified that the 56-second clip that went viral was from a 45-minute video posted on 6 February 2021 titled “Antara Cinta dan Cita-Cita” (Between Love and Ambition).

The live video is actually to answer

•
14 hours ago
It is sad that you need to “act” in your marriage.
•
15 hours ago
This kind of professor produces what kind of student ?
sakib kusmi
•
1 day ago
Also can be called professor youtube😜😜
sakib kusmi
•
1 day ago
Now we hv Professor kangkong😁😁
rwy7rbd2pp
•
2 days ago
Quality of Malaysian Professor 🤣
1
How to Install Newswav
1. Scan the QR code below
1. Tap this button 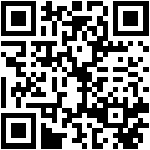