Cyberattacks zero in on Tokyo Olympics as Games begin

Nikkei Asian Review
We bring you the Asian business, politics and economy stories others miss

TOKYO -- With the opening ceremony of the Tokyo Olympics approaching, malicious software and websites have targeted both event organizers and ordinary fans.

A fake PDF file masquerades as a Japanese-language report on Olympics-related cyberattacks, for example. Opening it activates malware that infects the user's computer and deletes files.

This malware was uploaded to the VirusTotal malware-scanning site Tuesday and has been detected by several antivirus software products around the world, according to Tokyo-based Mitsui Bussan Secure Directions.

Its targets include files created on the Ichitaro word processor, used mainly in Japan. Hackers are believed to have emailed the fake PDF to Japanese event insiders in an attempt to destroy key Olympics-related documents.

MBSD's Takashi Yoshikawa warned against such "wiper" malware. At the 2018 Winter Games in Pye 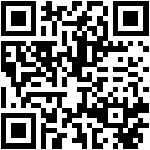