The opposition party’s secretary general Datuk Loretto Padua Jr said that the timing of the charges was telling, and commended the Malaysian United Democratic Alliance (Muda) leader for holding steadfast to his principles.

“What is clear is that the charges were brought against him after he repeatedly rejected overtures and threats asking him to throw support behind PN.

R Ace
•
1 week ago
Why only dig up the past when at that time days, weeks, months passed by suddenly got whatnot case to opposition or independent Mps ? And why there is / are no report at that period time ( why and what reason and excuse not to ?) of incompetent , sleeping on the job, tidakapa attitude or/ and conspiracy to discredit political competitors? Its no case at all of the past and irresponsible, incompetent and reckless to bring up out of the blues of desperate despicable entrapment? Yb Syed is respectable, ethical, competent and well like and support widely by rakyat , no reason to persecute okay!
smnwdpq2bm
•
1 week ago
Clearly the case could be drafted by the culprit government itself, leave syed has no room to defend himself. Only fool will believe 100% this shyt is real.
2
•
1 week ago
I’m my opinion, He is the light in Malaysia’s politic. He’s kind he’s open he’s justice he fights for what it’s right.
3
David Ng
•
1 week ago
It was clearly a political assassination by the coward, unethical, pariah PN govt and MACC, and the judge should throw the case as NFA and charge the PN govt instead, 😂
6
Paul Lam
•
1 week ago
Now is time 2 c real political/ppl suppt 4 fellow comrade kena politically chailart lo....???
How to Install Newswav
1. Scan the QR code below
1. Tap this button 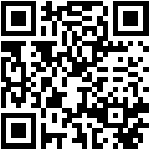