Actor Kim Do Wan recently sat down for an interview to talk about the drama "My Roommate Is a Gumiho."

"My Roommate Is a Gumiho" is a fantasy romantic comedy about a 999-year-old male gumiho (Jang Ki Yong) who becomes roommates with a 22-year-old college student (Girl's Day's Hyeri) after she accidentally swallows the magical bead that would have made him human. Kim Do Wan played the role of Do Jae Jin, a fool in love who is always getting dumped. Kang Han Na played his love interest, Yang Hye Sun, a former gumiho who has been human for five years.

In the interview, Kim Do Wan said, "I thought a lot about how to portray Do Jae Jin's pure-hearted innocence. I spoke with the director and writer about that a lot. There were times on set when I got confused, but the director helped me make him even purer and more innocent. I think that his honesty is his best trait. Rather t 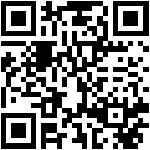