Instagram head Adam Mosseri confirmed the company is testing a new feature called “Limits,” which would give users the ability to temporary lock down their accounts when they’re being targeted by a flood of harassment. The announcement of the new feature was made today during a video where Mosseri condemned the recent racism that took place on Instagram’s platform following the Euro 2020 final, and noted the company was working on improvements to both internal and customer-facing tools to help address this problem.

The company had previously commented on and condemned the racist abuse, which had seen England footballers Bukayo Saka, Marcus Rashford and Jadon Sancho viciously harassed by angry fans making racist comments after the team’s defeat earlier this month. Mosseri explained at the time the company was using technology to try to prioritize 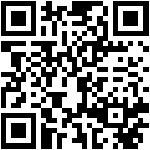