Moving fast and breaking things cost us our privacy and security

Over the years, I’ve had a front-row seat to the future of technology.

In my role at Y Combinator as director of admissions, I saw hundreds of startup pitches. Many shared a particular attribute: They followed the path of quickly growing users and monetizing the data extracted from the user.

As time went on, I began to see the full picture of what our technologies were creating: A “Minority Report” world where our every move is tracked and monetized. Some companies, like Facebook, lived by the mantra “move fast, break things.” Not only did they break things, they failed us by propagating disinformation and propaganda that, ultimately, cost some people their lives.

And that happened because of a growth-at-all-costs mindset. Some of the biggest consumer-facing S 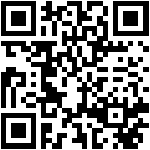