Kang Min Ah Talks About Her First Meeting With Park Ji Hoon And Bae In Hyuk, Going From Child Actor To Lead Actress, And More

Actress Kang Min Ah sat down for an interview to talk about the end of her KBS drama "At a Distance Spring Is Green."

Based on a webtoon, "At a Distance Spring Is Green" is a heartwarming drama about the ordinary struggles and love lives of college students. Kang Min Ah starred as Kim So Bin, a student who gets discouraged in the face of reality because of her ordinary grades and background.

Kang Min Ah made her debut more than a decade ago as a child actor, but "At a Distance Spring Is Green" was her first lead role on a public broadcast channel (e.g. KBS, SBS, MBC) drama.

She said, "I thought, 'I'm finally the lead.' Ever since I was little, the most important thing in my life has been acting. [When I was cast as the lead,] I reflected on the growth I've experienced and felt grateful for the chance. I did feel a sense of pressure, especially when I thought about 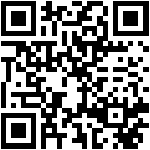