Pitchfork
The most trusted voice in music

James Blake has announced his new album. Friends That Break Your Heart, which follows 2020's Before and Covers EPs and his 2019 album Assume Form, is out September 10 (via Republic). Today, he's shared the video for a new single. The visual for "Say What You Will" stars musician, songwriter, and producer Finneas. Blake has also announced a tour that will take him across the United States this fall. Find those dates and watch the video below.

"The song is about finding peace with who you are and where you're at regardless of how well other people seem to be doing," Blake said of "Say What You Will" in a statement. "Comparison really is the thief of joy."

Friends That Break You 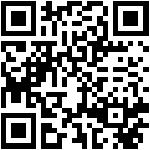