There's a new drug with potential to cure postpartum depression Postpartum depression is incredibly common: A recent study found that 1 in 4 women will experience it in the three years after giving birth.

Right now, there's just one FDA-approved drug on the market that treats postpartum depression—but it's not widely available. That drug, brexanolone, is administered over the course of 60 hours through an IV drip. It's also expensive: without insurance, it costs $34,000.

There's good news on the horizon, though: There's a new drug in development to treat postpartum depression—and it could be a game-changer.

It's called zuranolone. Instead of being administered via IV at a hospital, zuranolone comes in pill form that parents take once a day for two weeks.

The team behind the new drug released a study in JAMA Psychiatry. In a double-blind trial involving 151 women wi 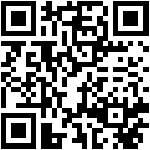