Jordan Peele has revealed the name of his third feature as a director, and we now know that it will be simply called Nope. On Thursday, Peele tweeted an image of the movie's official poster, though he offered no further explanation. Along with the names of three cast members, the title Nope can be seen in all-caps popping on the poster. The release date of July 22, 2022 --- exactly one year from today --- is also shown at the bottom, along with the promise that it will be released only in theaters.

Peele's name is at the top of the poster which describes the new movie as "a new terror from the mind of Academy Award winner Jordan Peele." Also revealed are the main cast members with Nope starring Daniel Kaluuya, Keke Palmer, and Steven Yeun. Peele previous 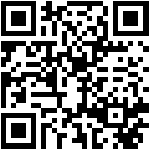