Nikkei Asian Review
We bring you the Asian business, politics and economy stories others miss

Japan is to receive 70 million doses of Pfizer's COVID-19 vaccine between July and September, with another 20 million arriving from October to November, according to government plans. Suga hopes to move forward the delivery of 10 million of these latter doses to August.

The call for faster supplies comes as some regions of Japan report shortages of vaccine shots, even as new infections nationwide return to levels last seen in May.

As of Wednesday, 23.7% of Japan's total population and 63.8% of those 65 or older had received both shots. Japan's total vaccination rate is the lowest in the Group of Seven, less than half of the U.K.'s 54% 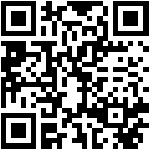