The criticism triggered fears among investors that online gaming was the next target for China’s communist rulers as they crackdown on Big Tech and other powerful sectors deemed to be out of control.

The Economic Information Daily, an arm of the government’s Xinhua news agency, complained about “widespread” online gaming addiction among children.

“The harmfulness of games has been increasingly recognised by society, and they are often referred to as ‘spiritual opium’ and ‘electronic drugs’,” it said.

The article cited views that “no industry or sport should develop in a way that wrecks a generation”.

Shares in Tencent, one of China’s biggest tech firms that is be 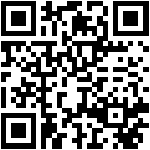