LONDON, Aug 3 — A British court jailed a rapist for 11 years today on the basis of DNA evidence from the daughter conceived in the attack decades earlier.

In a case dating back to the 1970s, Birmingham Crown Court in central England found Carvel Bennett, 74, guilty of raping a 13-year-old girl, who became pregnant as a result of the attack.

The victim gave the baby up for fostering and later adoption.

But her daughter, who like the victim cannot be identified for legal reasons, found out the circumstances of her conception when she turned 18.

She then decided to pursue her mother’s case, providing DNA samples that showed Bennett was 22 million times more likely to be her father than any other unknown Afro-Ca 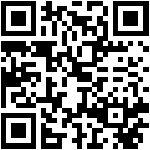