Millions in US facing evictions

WASHINGTON: Eviction protections expired Sunday for millions of Americans who could face homelessness within days, triggering a scramble to unlock billions in stalled rental aid and recriminations in Washington.

Renters had been shielded from eviction for nearly a year as part of a government moratorium intended to keep people in their houses during the Covid-19 pandemic.

But lawmakers have failed to extend those expiring protections and only $3 billion in aid has reached households out of the $25 billion allotted to states and localities in early February.

“We should be compassionate. We should help. And if that money is there, we should use it for its intended purpose,” Democratic Senator Joe Manchin told CNN.

Over a quarter of renters are behind in some states, according to the Center on Budget and Policy Priorities think-tank. 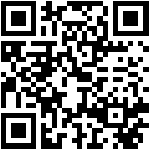