KUALA LUMPUR (Aug 2): Major roads leading to the Parliament building in Kuala Lumpur have been closed, while opposition Members of Parliament (MPs) were prevented from entering Dewan Rakyat.

Dewan Rakyat was ordered shut for two weeks from July 29 after Covid-19 cases were detected among attendees last week.

After being prevented from entering Parliament by police, several opposition lawmakers from PKR, DAP and Amanah instead gathered at Dataran Merdeka.

Calling for the res

29
How to Install Newswav
1. Scan the QR code below
1. Tap this button 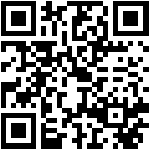