Three-and-half months after launching the Magic Keyboard with Touch ID, Apple is finally breaking it out from its iMac bundle. The accessory is now available as a standalone through Apple Stores and the company’s site.

There are two versions: the standard and a longer model with a numeric keypad (pretty much what the company offers with all of its Magic Keyboards), running $149 and $179, respectively. There’s also a $99 version that keeps the new rounded, compact design, but drops the Touch ID in favor of a key that locks the system. But where’s the fun in that?

All of the models have keys devoted to Spotlight, Dictation, Do Not Disturb and Emoji (I ended up disabling the latter on mine, because I couldn’t avoid accidental presses ). 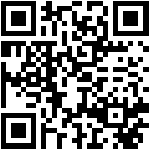