COTABATO CITY: The outgoing Armed Forces chief of staff, who got a Medal of Valor for gallantry, urged southerners to emulate how residents of Basilan have made their province peaceful.

Lt. Gen. Cirilito Sobejana (pic), who retired from the Philippine Army over the weekend, was still a captain in a Ranger unit when he was maimed in a deadly clash with Abu Sayyaf terrorists in Barangay Kapayawan in Isabela City in Basilan on January 13, 1995.

Sobejana, who graduated from the Philippine Military Academy in 1987, was replaced by Army Lt. Gen. Faustino, Jr., whose designation as new Armed Forces chief of staff was signed by President Rodrigo Duterte last week.

Basilan, one of the five provinces in the Bangsamoro Autonomous Region in Muslim Mindanao, was birthplace of the Abu Sayyaf.

Its founder, the late Abduradjak Janjalani, said to have studied Islamic theolog 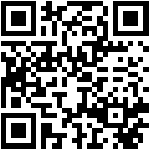