Kota Kinabalu: Although it is a Sarawak based party–Parti Bumi Kenyalang–that is openly campaigning for an “independent Sarawak”, the bulk of pro-secession activists abroad seem to be Sabahans according to Prof James Chin of the University of Tasmania who claimed to have met some of them in Australia.

They told him that they were hounded by the Malaysian Special Branch for their activism.

7
How to Install Newswav
1. Scan the QR code below
1. Tap this button 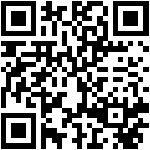