But the former Northern Ireland manager said they do not know whether Delap will even be available.

O'Neill said: “We obviously know about Liam's situation with Rory (Delap, father) being part of our coaching staff but what people have to remember is that it won't be our decision, it will be his parent club's decision and what they feel will be the right pathway for Liam.

“To think that we're in any way advantaged because Rory is at the club won't be the case. They will have a pathway for Liam which might mean they decide to keep him as part of their squad at this minute in time.

“He's like a lot of young players who are around Premier League squads – particularly around bigger clubs – you have to be patient and they may or may not become available." 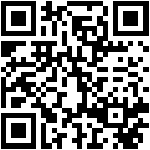