Swiss alternative protein company Planted has raised its second round of the year, a CHF 19 million (about $21 million at present) “pre-B” fundraise that will help it continue its growth and debut new products. A U.S. launch is in the cards eventually, but for now Planted’s exclusively European customers will be able to give its new veggie schnitzel a shot.

Planted appeared in 2019 as a spinoff from Swiss research university ETH Zurich, where the founders developed the original technique of extruding plant proteins and water into fibrous structures similar to real meat’s. Since then the company has diversified its protein sources, adding oat and sunflower to the mix, and developed pulled pork and kebab alternative products as well.

Over time the process has improved as well. “We added fermentation/biotech technologies to enhance taste and t 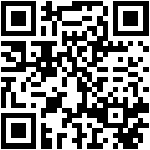