Emergency Ordinances to be tabled in Parliament in September

PETALING JAYA: The government has appeared to back down in its stand off with the palace over the revocation of Emergency ordinances, conceding that the process has not been finalised.

In a statement, Prime Minister Muhyiddin Yassin (pictured) said the EOs will be brought to Parliament in September to be debated, in line with the Yang di-Pertuan Agong’s decree on the matter.

Still, he said, the EOs will be brought to Parliament in September to be debated, in line with the King’s decree on the matter.

“This motion will be discussed in the Cabinet meeting tomorrow and it is hoped it will resolve the polemic surrounding the revocation of the EOs harmoniously and constitutionally.”

Linda Sivalingamoorthy
•
1 month ago
Why r some so thick skinned n stupid not to understand what the people want?
KwokWai Loke
•
1 month ago
Too late. Your opponent has already made his move.
2
Look Me
•
1 month ago
Another lapdog in kkm
1
palaceofjustice
•
1 month ago
Frogs hunting now
Sue Ann Victor
•
1 month ago
I gave up in our country..
3
How to Install Newswav
1. Scan the QR code below
1. Tap this button 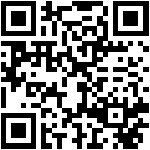