TOKYO: Kai Koyama was standing outside Tokyo’s Olympic Stadium as fireworks burst overhead during the opening ceremony but unlike many of those around him he wasn’t cheering, but protesting.

For months, polls showed strong opposition to the Games in Japan, which only grew as virus cases surged and the country’s vaccine programme got off to a sluggish start.

But since the opening ceremony, sentiment seems to have softened.

More than half of the city’s residents watched the opening extravaganza on TV and long lines have formed by the Olympic Stadium as people wait to have their photo taken with the Olympic rings.

Japanese athletes have won a record number of gold medals and shops selling Games merchandise have reported a surge in sales.

None of that sways Koyama and other long-time opponents of the Games, who continue to stage demonstrations, 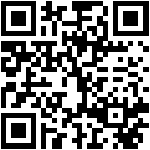