Andrew Taylor has been added to Leeds United's backroom team.

Leeds-Live reports Taylor has taken up the vacant role of loan manager at Leeds United.

The 34-year-old former defender has replaced Simone Farina, who left to become General Manager of the player management company First Football in November 2020.

The former Sunderland first-team coach has left Wearside to join the Whites on the brink of the new season.

Taylor joined the Black Cats as part of Phil Parkinson's backroom staff having played under him at Bolton Wanderers. 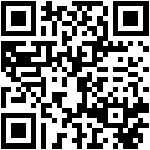