Founded in 2017, Arizona-based Aira didn’t waste any time proving out its technology. We’ve written about the company’s wireless charging a few times over the years, including the “FreePower” technology it has baked into Nomad’s charging pads, which brings a more streamlined version of the Apple’s abandoned AirPower. The tech allows for users to charge up to three objects at once, without having to futz with their precise placement on the pad.

Today, the startup announced that it has raised a $12 million seed round, primarily led by private investors, including Jawad Ashan, Lori Greiner and Robert Herjavec.  The funding will go toward expanding the company’s reach beyond consumer device charging, into the worlds of enterprise, automot 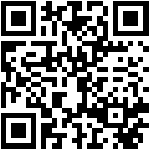