We cover a lot of venture capital news here at TechCrunch. New funds, partner changes, the funding rounds themselves — the list is long. Lately, we’ve had to touch on rolling funds, solo GPs and a faster-than-ever investing cadence that has rewritten the rules of venture investing. Gone are the days when investors can take weeks, let alone months, to get into a hot deal in today’s turbocharged private markets.

But there’s another venture capital trend worth discussing: venture capital firms going public. This July, for example, London-based Forward Partners went public on the AIM, a sub-market of the well-known London Stock Exchange. Augmentum Fintech is another example of a London-listed venture capital firm. The investing group focuses on European fintech.

Most recently, Draper Esprit, another British venture capital firm, moved from the AI 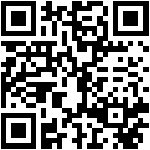