KUALA LUMPUR (Aug 2): Bursa Malaysia rebounded from last week’s downtrend to open higher this morning as bargain hunting emerged on the back of improved market sentiment.

On the broader market, gainers outnumbered losers 217 versus 181, while 273 counters were unchanged, 1,501 untraded and 11 others suspended.

A dealer said sentiment in the market was lifted up by easing concerns over a regulatory crackdown in China that caused Asian equities to tumble to a seven-month low last week. 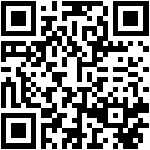