Diogo Dalot is eager for more regular football after returning to Manchester United.

The Portuguese defender benefitted from a strong season on loan with AC Milan, helping the Rossoneri to second place in Serie A.

Now the 22-year-old is back with the Reds first-team squad at our training camp in St Andrews, and he wants to build on the 'fantastic' time he had in Italy.

“Keep developing," Dalot replied to manutd.com asked about his hopes for 2021/22. “When I had a season like last season obviously the things start to get more demanding as well.

“I want to keep playing, I want to keep giving everything I have and improve. I know last season was fantastic but I can do even more. 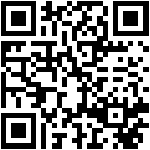