Former centre-back Brown, who progressed through the famed United youth academy and went on to make 361 appearances for the club is excited about Varane's addition.

He said: "Look at the medals he's won. Signing for United won't faze him.

"We needed another centre-back and to get hold of Varane is a massive signing for Ole, at a fantastic price.

"He's played in big games at one of the best teams in the world, so he knows how to handle pressure.

"I'm really excited and it makes great pressure on the rest of the lads, it will step everyone else's game up." 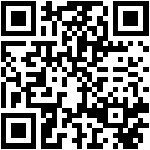