BEIRUT: At least five people including three Hezbollah members were killed south of Beirut when a funeral procession for a party member was ambushed, a Lebanese security source told AFP.

Several people were wounded in the exchange of fire in the Khalde area between members of the Lebanese Shiite group and Sunni residents, the source said.

The funeral was for a Hezbollah man killed the night before, the source added.

Hezbollah in a statement appealed to the army and security forces to arrest those behind the “ambush”, which it said killed two members of the funeral procession.

A military source told AFP the army had deployed in force to the area and sent reinforcements.

The army said in a statement that soldiers would “open fire on all armed men on the streets of Khalde” and in response to any other shootings.

Despite the warnings, spora 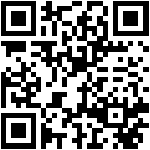