He said, the modus operandi used by the suspects was through advertising full-time or part-time job vacancies either through WhatsApp, Instagram and Facebook applications and interested individuals would click on the given link that used the logo of an online shopping platform.

“The suspect will then communicate with the victim and give instructions for the work that needs to be done with the promise of a profit of between five to 10 per cent of the capital contributed.

Kevin Ong
•
1 month ago
Only idiots will fall for the scam
1
Steven Ng
•
1 month ago
Screw n WHACK the scammers kow kow esp the stepson..
SK Loh
•
1 month ago
Lazy and greedy stupid idiots Malaysia aplenty
1
Khoo Kenny
•
1 month ago
Not all fb user are stupid...only those that are greedy that will fall into this trap. Whatever platform it is, if one is greedy and not using common sense then these are the people the scammer are targeting. There is no easy $, common sense will tell you that by just buying you get certain %. Ask yourself, how do the company make money in the first place and if the company can't make money how on earth can they pay you the commission.
1
Kama M Muhammad
•
1 month ago
That's just show how gullible Facebook users are and yet people believe what they hear or say in Facebook. Especially with the lawan movement, what is there to lawan? You should lawan Coronavirus and not the government. That is why Facebook users are stupid.
How to Install Newswav
1. Scan the QR code below
1. Tap this button 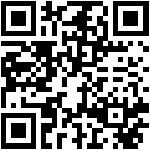