HONG KONG: HSBC on Monday said it would resume paying dividends to shareholders after first-half profits more than doubled as an ongoing restructuring and pivot to Asia continues to pay off.

The results beat analyst estimates and are a shot in the arm for the Asia-reliant lender after a tumultuous 2020 saw its fortunes take a hammering from the coronavirus and simmering geopolitical tensions.

Reported profit before tax rose $6.5 billion to $10.8 billion while reported profit after tax increased $5.3 billion to $8.4 billion. The bank also announced an interim dividend of seven cents per ordinary share for the first half of the year.

British regulators last year ordered banks to suspend payouts as the coronavirus tore through the global economy to shore up liquidity. But last month they relaxed those “temporary guardrail” measures.

HSBC is one of the big

6
How to Install Newswav
1. Scan the QR code below
1. Tap this button 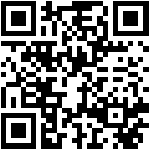