Is Drinking Tea Good? This Is What You Should Know

Originated from Southwest China, tea is one of the most popular drinks around the globe.

Though China is the main producer of tea followed by India and Kenya, guess what, Turkey turns out to be the largest tea-consuming country (reported by Statista.com, 2016).

Green tea, black tea, and oolong tea are the most popular, all of which are made from the leaves of the Camellia Sinensis plant.

Here’s what you should know when you drink tea.

Photo by Freestock.org on Pexels

#1 Tea is hydrating to the body

Many assume drinking tea dehydrates the body but just like water, it’s hydrating to the body and also a caffeine-containing beverage.

However, just like water, drinking tea provides fluid to the body despite containing caffeine.

Jimmy Ong
•
3 months ago
NOT all teas cause Heartburn. It all depends on individual. To me jasmine tea upsets my heartburn especially if I drink it with empty stomach. Anyway, teas should be drunk HOT.
bairni ng
•
3 months ago
Sri Lankan tea the best!
1
Arif Zuhair
•
3 months ago
And that's the tea!
1
How to Install Newswav
1. Scan the QR code below
1. Tap this button 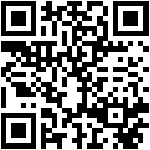