KUALA LUMPUR (Aug 2): Only 8% of Malaysia's arable land is used for local food production as small farms seem to make little economic sense though agriculture was the third highest contributor to the country's gross domestic product in 2019, to the tune of RM101.56 billion.

Why isn't more land used for farming, considering the clearly burgeoning demand as well as the need for food security? It's simple. Small farmers in Malaysia (most of whom are classified as B40 or the bottom 40% income group) are lacking in terms of productivity and efficiency as they grapple with structural issues such as lack of access to technology, innovation, financial support and opportunities.

One of their main problems is imperfectly kept records and dependence on guesswork rather than hard data.

5
How to Install Newswav
1. Scan the QR code below
1. Tap this button 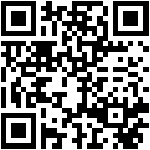