Pires: Man Utd signing Varane and Maguire will be excellent together

Pires believes Varane will have no problem acclimatising to England's top division and that he will be a success under Ole Gunnar Solskjaer.

He said: "Yes, Raphael will certainly adapt to English football. Surely there will be matches in which he will suffer physical clashes, but he is now a player of great experience. I see him well paired with (Harry) Maguire, they will form an excellent duo."

After losing Sergio Ramos on a free transfer earlier in the window, Pires was surprised Real Madrid let Varane leave too.

"On my part there was a bit of surprise. In my opinion, president Perez wants to renew his team, but replacing Ramos and Varane will not be easy. For sure, the signing of David Alaba is a good choice." 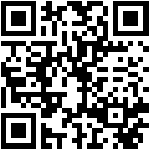