Update 08/03/2021 @ 10:44 AM EST: The launch attempt has been officially scrubbed for today, and a new timeline for the next attempt is set to be confirmed. We’ll provide updates as they become available.

Boeing is all set to make a second attempt at flying its Starliner CST-100 commercial crew spacecraft to the International Space Station, performing a key demonstration ahead of actually putting astronauts on board for the final big launch before it can claim the spacecraft is certified for regular flight by NASA. Today’s “Orbital Flight Test 2” (OFT-2) mission is a re-do of one that Boeing and NASA first performed in December, 2019.

That first try was meant to be the only one, but it didn’t go quite as planned, with software errors resulting in a mistaken fire of the craft’s engines, exhausting the fuel required to get to the Spa 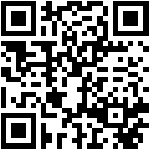