HANOI, Aug 3 -- Vietnam's Minister of Foreign Affairs Bui Thanh Son on Tuesday affirmed that ASEAN Plus Three cooperation in the past time has proved its value and promoted its role well in difficult times, Vietnam news agency (VNA) reported.

Son made the statement while attending the  conference of foreign ministers of ASEAN and their three partners China, Japan and the South Korea which was held via teleconference in the framework of the 54th ASEAN Foreign Ministers’ Meeting (AMM-54) and related conferences.

He stressed that given the current context, ASEAN countries and China, Japan, and the RoK should continue to strengthen cooperation to effectively deal with emerging urgent challenges.

Regarding the orientation of ASEAN Plus Three cooperation in the coming time, the minister emphasised the need for the countries to enhance collaboration to ensure adequate s 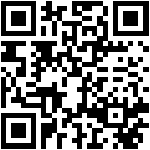