9to5Google
Breaking news on all things Google and Android.

Following version 93’s release on Android, Mac, Windows, and Linux, the next release of Google’s browser is rolling out. Chrome 94 is here and marks the start of updates every four weeks (instead of six).

Original 9/21: Google wants to get new features, as well as security and bug fixes, to users faster with this updated release cadence. Version 94 had a shorter development cycle as a result, while enterprise customers will have access to an Extended Stable channel that updates every 8 weeks.

Meanwhile, Chrome OS is not starting this shift until Chrome 96, with version 95 being skipped entirely. Enterprise Chromebook customers will also get a 6-month update channel ideal for educational usage.

Update 9/25: Chrome is set to adopt Dynamic Color for Android 12. Ahead of that, the Tab Switcher is being updated with large, bulbous cards 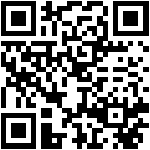