BERLIN: Tens of thousands of climate activists including Greta Thunberg began descending on German cities Friday to crank up the pressure on candidates competing to succeed Angela Merkel at this weekend’s general election.

As Germany’s top parties hold final rallies ahead of Sunday’s vote, the Fridays for Future youth marches will make the case that the political class has let down the younger generation.

She said Germany, as one of the world’s top emitters of greenhouse gases, had an outsize responsibility to set an example, with time running out to reverse destructive trends.

“That is why we are calling this the election of a century,” she said.

The race has boiled down to a tw 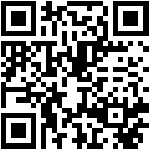