Hakimi left Real Madrid over a year ago for Inter Milan before being sold to PSG last summer.

"I learned a lot from [Zidane]. What happened in 2020 had nothing to do with him," Achraf revealed in an interview with L'Equipe.

"There were other things linked in particular to covid and Real Madrid that made me leave.

"At that time I had a conversation with [Zidane] that will remain between us. He thought differently."

When asked about his first call-up to the Real Madrid squad, which came during Zidane's first spell as coach, Achraf said that it came as a surprise.

"I was with some friends, sitting on a bench in front of the house chatting and then the phone rings and it's... Zidane! He told me I'm going to play and I didn't expect i 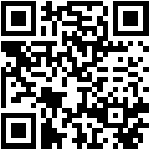