BEIJING, Sept 25 — Two Canadians detained in 2018 and accused of spying in China were freed from harsh detention conditions and are heading back home today, bringing an end to a bitter three-year diplomatic row.

Huawei executive Meng Wanzhou was returning to Shenzhen from Vancouver today as the two Canadians — Michael Spavor and Michael Kovrig — were released from prison after what analysts have called “hostage diplomacy.

Michael Spavor is a flu 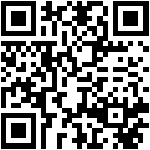