Frank Grillo Is Mad at Copshop Editors for Altering His Performance

In an interesting turn of events, Copshop star Frank Grillo has thrown shade at the film's producers for interfering with the editing. Directed by Joe Carnahan and starring Frank Grillo and Gerard Butler in the lead, Copshop released last week in theaters to favorable reviews. Most critics praised the film for its escapist qualities, thrilling action, and Carnahan's direction. Copshop is currently sitting at an 81% fresh rating on Rotten Tomatoes. However, the theatrical version isn't what Joe Carnahan intended to release. That could also be the reason why he has refrained from promoting the film.

Another talking point about Copshop has been Grillo's performance as conman Teddy Murretto, which hasn't been well received by critics. Grillo recently took to Instagram to address the criticism, revealing that the Copshop version playing in theaters right now was made wi 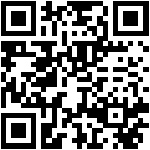