Solskjaer believes Villa have deserved more points than they have at this stage in the season.

He said, "They started the season with a defeat in the first game and, since then, I think they've really kicked on. They should have won against Chelsea, it sounds like a daft statement, but if you look at that game they were absolutely brilliant in the first half, then they won 3-0 against Everton, so we know we're playing a team in form.

"They're also a team with players who can affect games, but we're prepared as well."

The match will mark a return for former United captain Ashley Young.

“Yes, he had a very good spell in Italy and, of course, he's been at Villa before and we'll welcome Ashley; it will be good to see him again," added Solskjaer. 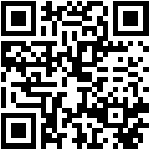