The Rock Shares Black Adam Teaser with His Daughter, and It's Too Cute

Black Adam is arguably one of the most anticipated upcoming DC movies. Revealed details have teased many exciting aspects of the project. Something positive about news regarding the film is the cute video Dwayne Johnson unveiled on Instagram of his daughter reacting to a Black Adam promo. Johnson, who plays the titular character, shared the footage to his millions of followers.

A caption for the Dwayne Johnson Instagram post reads, "I'll take 'cool' ???????????? Breakfast with Black Adam. She's become quite obsessed with the Man in Black and unlike Maui from Moana, Tia actually believes Black Adam & Daddy are one in the same. She still crushes on @prideofgypsies Aquaman though." He mentioned his previous voice acting work as Maui in the 2016 Disney animated movie. Also, he brought up his daughter's crush on fellow DCEU actor Jason Momoa. 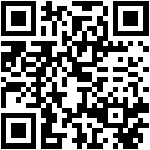