That's according to Der Spiegel, citing documents in a legal dispute between Sule and his former agents.

"Check the offers from England if anyone wants me there," Süle wrote to Murat Lokurlu, according to the files reported by Der Spiegel. "If someone says they'll take me away from the big clubs, let me know."

Arsenal, Liverpool, Chelsea, but “preferably" Manchester United were the targets for Sule. Lokurlu was allegedly instructed by the Germany international to get things moving.

Indeed, according to the report, Chelsea and United were fundamentally interested in a deal and a meeting was agreed. However, it was not until October 2019 that Süle dared to make a new attempt and approached Lokurlu again: “Do you know anyone from Tottenham? 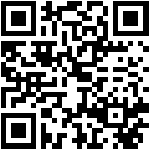