There were many Venom fans disgruntled by the PG-13 rating being given to Venom: Let There Be Carnage, as they had been hoping that this could be the movie to push the symbiote into R-rated territory. With James Gunn bringing blood and guts galore to The Suicide Squad, the introduction of Woody Harrelson as Carnage in the Venom sequel seemed to be the best chance of pushing the rating to a more adult level, but while the character is known for ripping people apart and eating heads in the comics, the red menace may not be quite as violent in this big screen outing. However, in a recent interview with ComicBook.com, Tom Hardy and Andy Serkis explained the thinking behind the decision and how there was consideration given to an R-rated version.

"100% we considered it," Tom Hardy commented. "With all of these symbiotes, you know, you consider it. You read the comic books and 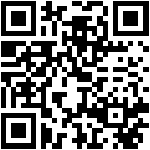